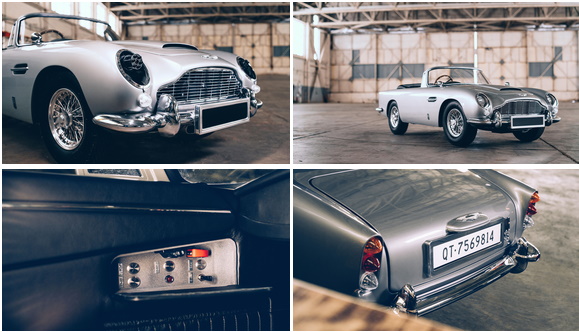 The Little Car Company, Aston Martin and EON Productions today announced the launch of a No Time To Die special edition Aston Martin DB5 Junior. Inspired by the 25th James Bond film, No Time To Die, released in cinemas from September 30, the film sees the return of the iconic Aston Martin DB5. This unique collaboration with The Little Car Company has created a gadget-laden collector’s item. The two-thirds scale version of the original comes with a fully electric powertrain.

The No Time To Die edition will pay homage to the rich shared history of the brands, with Silver Birch paintwork, Smiths instruments, individually numbered chassis plates and completed with Aston Martin badging. In true Bond style, this special edition boasts even greater power and range over the standard DB5 Vantage Junior, giving it a higher level of performance.

After extensive development and months of collaboration between the three companies, the car is a truly authentic homage to both the Aston Martin and 007 brands. The original Aston Martin DB5 was 3D-scanned for reference, allowing a completely accurate reproduction. Whilst some elements of the car have been replicated, such as the Smiths instruments on the dashboard, some elements have been reimagined for the modern era. The fuel gauge has been converted into a battery meter, while the oil temperature now monitors the motor temperature.

The No Time To Die Special Edition has been designed as a convertible, and not the fixed head coupe driven by 007. This is to offer seating for an adult and child side by side, allowing all generations of Bond fans to share the love of driving. With multiple driving modes and a range of up to 80 miles, aspiring secret agents should be able to escape any situation. There are also some secret ‘Easter Eggs’ hidden within the car for the lucky owners to find.

A quick-release steering wheel allows for a speedy entry and exit for the driver, and when they need to stop in a hurry, they can rely on both regenerative braking and high-performance Brembo disc brakes. Bilstein dampers and coilover springs make sure the suspension can handle the performance squeezed into this two-thirds scale marvel.

No Time To Die Specification

James Bond’s Aston Martin DB5 has become a much-loved character in its own right. No Bond car would be complete without Q style gadgets, and the Aston Martin DB5 Junior No Time To Die edition is no exception.

Chris Corbould OBE, the Oscar®-winning special effects supervisor, has worked on fifteen James Bond films since the early 1980s, and he consulted with The Little Car Company on the development of the car’s complex gadgets in miniature;

“When I saw the DB5 Junior in the flesh, I was amazed at how identical it is to the full-sized car – its stunning. It’s an amazing feat of engineering.”

All the gadgets, are operated by individual controls in a hidden switch panel in the passenger door. At the push of a button, the headlights drop to reveal a twin set of simulated Gatling guns, complete with imitation barrel blasts and flashes.

As witnessed in the No Time To Die trailer, the skid mode comes in handy when caught in a tight spot. The No Time To Die special edition has a unique digital number plate activated through the hidden control panel.

Just like the original car, this special edition can produce a smoke screen to aid a successful getaway. Ejected through the rear ‘exhaust’, the smoke has a supply tank which supplies an hour of safe smoke before it needs topping up.

Although the DB5 Junior is not road legal, as an authentic Aston Martin model, every owner will receive automatic membership of the respected Aston Martin Owners Club. In addition, all clients will receive complimentary membership of The Little Car Club, allowing them to take part in exclusive events where they, their children and their grandchildren can drive their DB5 Juniors on the most prestigious racetracks.

Ben Hedley, CEO of The Little Car Company, said: “Regarded as the most famous car in cinematic history, the gadget-laden Aston Martin DB5 awed audiences around the world over fifty years ago. Now, that story continues. As part of an exclusive partnership with EON Productions and Aston Martin, we have had the opportunity to create something truly unique for James Bond fans and collectors. We can’t wait to see the adventures these cars take with their owners.”

Bond fans worldwide are able to secure one of the limited-edition No Time To Die editions of the DB5 Junior by visiting 007junior.com. With only 125 cars being built, build slots are allocated on a first come, first-served basis, by placing a fully refundable deposit.

Pricing for the car has been set at £90,000, plus local taxes. Existing Aston Martin DB5 Junior clients will be given first refusal on upgrading to a No Time To Die edition, and remaining build slots will be allocated on a first-come, first-served basis.

No Time To Die is directed by Cary Joji Fukunaga and stars Daniel Craig, who returns for his fifth and final film as Ian Fleming’s James Bond. The film will be released in cinemas from September 30 2021 in the UK through Universal Pictures International and in the US on October 8 2021, from Metro Goldwyn Mayer (MGM) via their United Artists Releasing banner.

No Time To Die Synopsis

In No Time To Die, Bond has left active service and is enjoying a tranquil life in Jamaica. His peace is short-lived when his old friend Felix Leiter from the CIA turns up asking for help. The mission to rescue a kidnapped scientist turns out to be far more treacherous than expected, leading Bond onto the trail of a mysterious villain armed with dangerous new technology.

EON Productions Limited and Danjaq LLC are wholly owned and controlled by the Broccoli/Wilson family. Danjaq is the US based company that co-owns, with Metro Goldwyn Mayer Studios, the copyright in the existing James Bond films and controls the right to produce future James Bond films. EON Productions, an affiliate of Danjaq, is the UK based production company that has made the James Bond films since 1962 and together with Danjaq controls all worldwide merchandising. For more information, visit www.007.com

Metro Goldwyn Mayer (MGM) is a leading entertainment company focused on the production and global distribution of film and television content across all platforms. The company owns one of the world's deepest libraries of premium film and television content as well as the premium pay television network EPIX, which is available throughout the U.S. via cable, satellite, telco, and digital distributors. In addition, MGM has investments in numerous other television channels, digital platforms, interactive ventures, and is producing premium short- form content for distribution. For more information, visit www.mgm.com.

Universal Pictures International (UPI) is the international marketing and distribution division for Universal Pictures. In the United Kingdom, Ireland, Spain, Italy, Germany, Austria, Switzerland, the Netherlands, France, Russia, Korea, Australia, New Zealand, Mexico and China (including Hong Kong SAR), UPI directly markets and distributes movies through its own offices, creating local campaigns and release strategies. In other parts of the world, UPI partners with Warner Bros, with Paramount through United International Pictures (UIP), and with Sony, either directly or through UIP, to distribute its films. Universal Pictures is part of NBCUniversal, one of the world’s leading media and entertainment companies in the development, production, and marketing of entertainment, news, and information to a global audience. NBCUniversal is a subsidiary of Comcast Corporation.

United Artists Releasing, a joint venture between Metro Goldwyn Mayer (MGM) and Annapurna Pictures (Annapurna), is a U.S. theatrical releasing company. Built upon the legacy of the iconic United Artists motion picture studio, the joint venture provides a home where filmmakers are supported by thoughtful approaches to marketing, publicity and distribution. United Artists Releasing offers content creators an alternative distribution option outside of the studio system.

Aston Martin Lagonda is the world’s only independent luxury car group with over 100 years of design and automotive excellence. Founded in 1913 by Lionel Martin and Robert Bamford, Aston Martin is acknowledged as an iconic global brand synonymous with style, luxury, performance and exclusivity. The British marque fuses the latest technology, time- honoured craftsmanship and graceful styling to produce a range of critically acclaimed sports cars. www.astonmartin.com

About The Little Car Company

The Little Car Company is the world expert in producing exceptional and authentic junior cars. In partnership with the most elite car manufacturers, it honours the most coveted classic vehicles in automotive history. The company hand-builds the cars in the UK at its Bicester Motion HQ.

The Little Car Company, Aston Martin and EON Productions today announced the launch of a No Time To Die special edition Aston ... 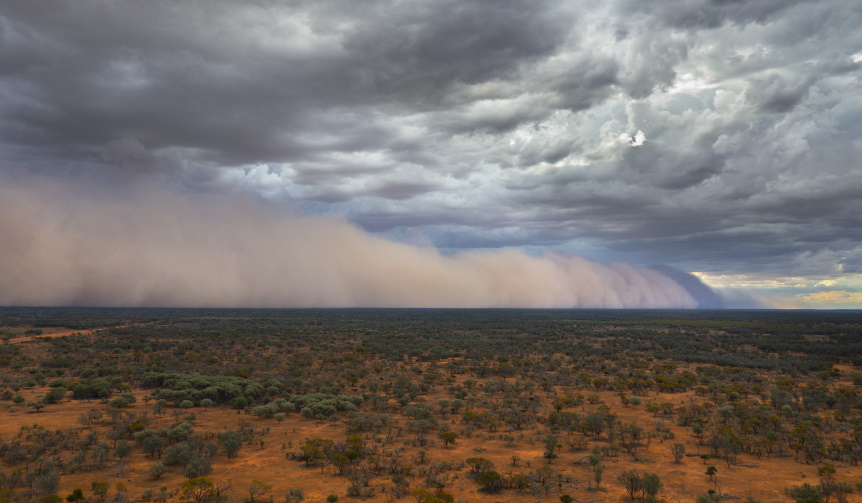 Are We Dead Yet? exhibition by photographer and traveller Stephen Dupont

STEPHEN DUPONT’S ARE WE DEAD YET? EXHIBITION AVAILABLE ONLINE Are We Dead Yet? is an exhibition by renowned photographer ... 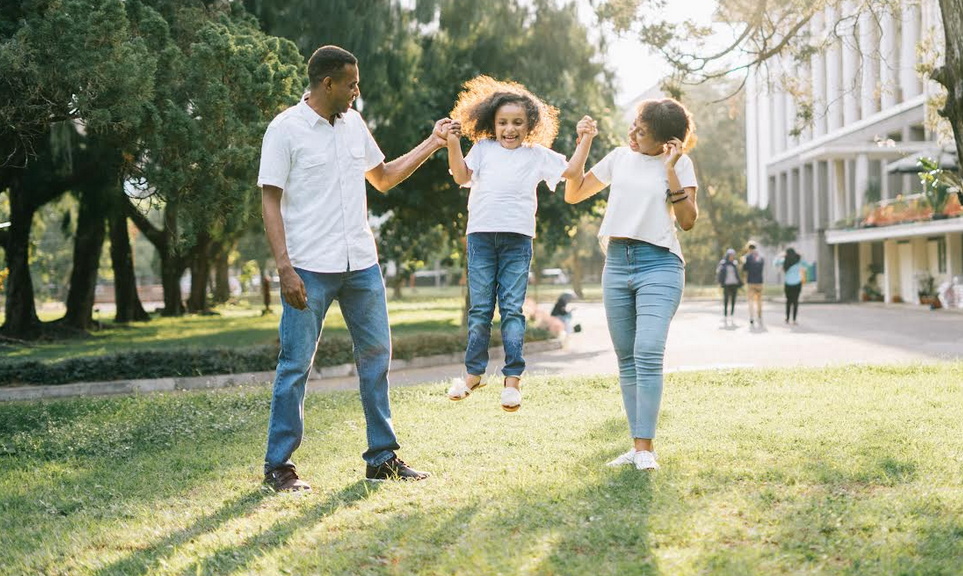 Top milestones before starting a family

From owning a home to climbing the corporate ladder, the majority of Australian parents had key milestones they wanted to reac...